Who do you ask for advice about how students become STEM teachers?

One of the critical questions for GFO has been “How well are we reaching the people we want to reach with the project’s messages?” I’m Dr. Stephanie Chasteen, the external evaluator for Get the Facts Out. It’s my job to see how well the project achieves its goals. In this post, I’ll talk about the rather surprising answers to this question!

Did you know that GFO is a rather unique partnership among four professional organizations representing three disciplines?

Learn more about the GFO Community

To get a sense of the impact of these efforts, we sent a broad survey to 10,000 people in ACS, APS, and AAPT. AMTE is just gearing up their work so we’ll send that one later this year. Here are the results from the 776 people who responded (about half were in ACS, the other half in APS and/or AAPT).

About ¼ of society members had heard of Get the Facts Out.

Across all respondents, 24% had heard of GFO, or thought they might have, though many of these positive responses are due to the high awareness among AAPT/PhysTEC members. Additionally, 9% spontaneously indicated that they would turn to GFO (even before it was revealed that the survey was about GFO). The more traditional societies (APS, ACS) had lower response rates than those who were also members of a teacher-focused organization (AAPT). See graphic below. 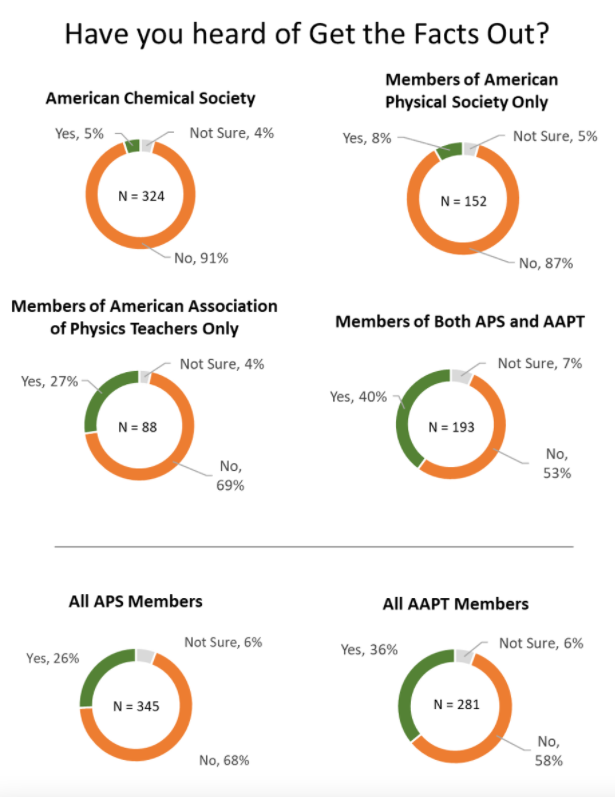 How do people hear about GFO?

Most had heard about GFO from society emails, conferences, and colleagues. Thus, even the more passive methods of dissemination, like sending out newsletters, is a valuable way of spreading the word. Are there colleagues who you think could benefit from learning about GFO?

Advice about STEM teaching. Who would you ask?

For those who advise undergraduates, we asked where they would get information about teaching careers to help in that advising. We were pleased to see that 9% cited Get the Facts Out before it was revealed that the survey was about GFO. Many explained that they would reach out to teachers (31%), to their local schools of education (47%), and some to STEM education experts on campus (12%). Additionally, those who said they did not know where to find information on K-12 careers were relatively likely to seek it out through their local schools of education, as well as internet searches. Of those who said they would reach out to K-12 teachers, many said they would contact alumni who had graduated from the STEM program and become teachers. I have suggested to GFO that perhaps connecting with high school instructors and schools of education would be valuable for the future.

How can GFO reach more faculty?

Respondents had many suggestions for people GFO might reach out to in addition to disciplinary faculty, including chairs, deans, society chapter leaders, K-12 instructors, education faculty, and student chapter leaders. Respondents suggested that GFO reach out to students directly by email, connecting with student chapters of disciplinary societies or “major clubs.” Many respondents suggested reaching out to K-12 instructors, schools of education, education faculty, and counseling services at institutions, as they can push local faculty to encourage teaching. Respondents also had many suggestions for modes of contact other than email. Many suggested paper flyers or paper mailers that would not be as easy to ignore as email. Other less common suggestions included creating a program-in-a-box to send to departments, hosting webinars, reaching out to state departments of education, reaching out to Noyce sites, and starting a YouTube channel [Note: GFO now has a YouTube channel!].

Separately from the society survey, I also investigated the GFO website statistics. The website has about 3,000 unique sessions per month, increasing from a little under 1,000/month in 2020, and GFO materials have been downloaded over 1,500 times. Most of those website hits originate through organic searches of the internet. This is a good result, as it suggests that people who need this information are finding the website. The most popular pages are the homepage, Recruiting Resources, and a blog article, “How do teacher retirement plans work?.” Also popular is “Becoming a Teacher,” which is aimed at students.

What are your suggestions for GFO modes of outreach?

get the facts outteacher recruitment

Stephanie Chasteen is the GFO External Evaluator. She is a Ph.D. Physicist who creates college educational reform through effective communication and support of research-based instructional techniques. Chasteen possess over 10 years’ experience in communication and education, plus persistence, organization and creative passion. As a physicist, education researcher, writer, and “academic at large,” Chasteen provides quality work on a wide variety of STEM educational projects.

What are Get the Facts Out Change Agents doing? 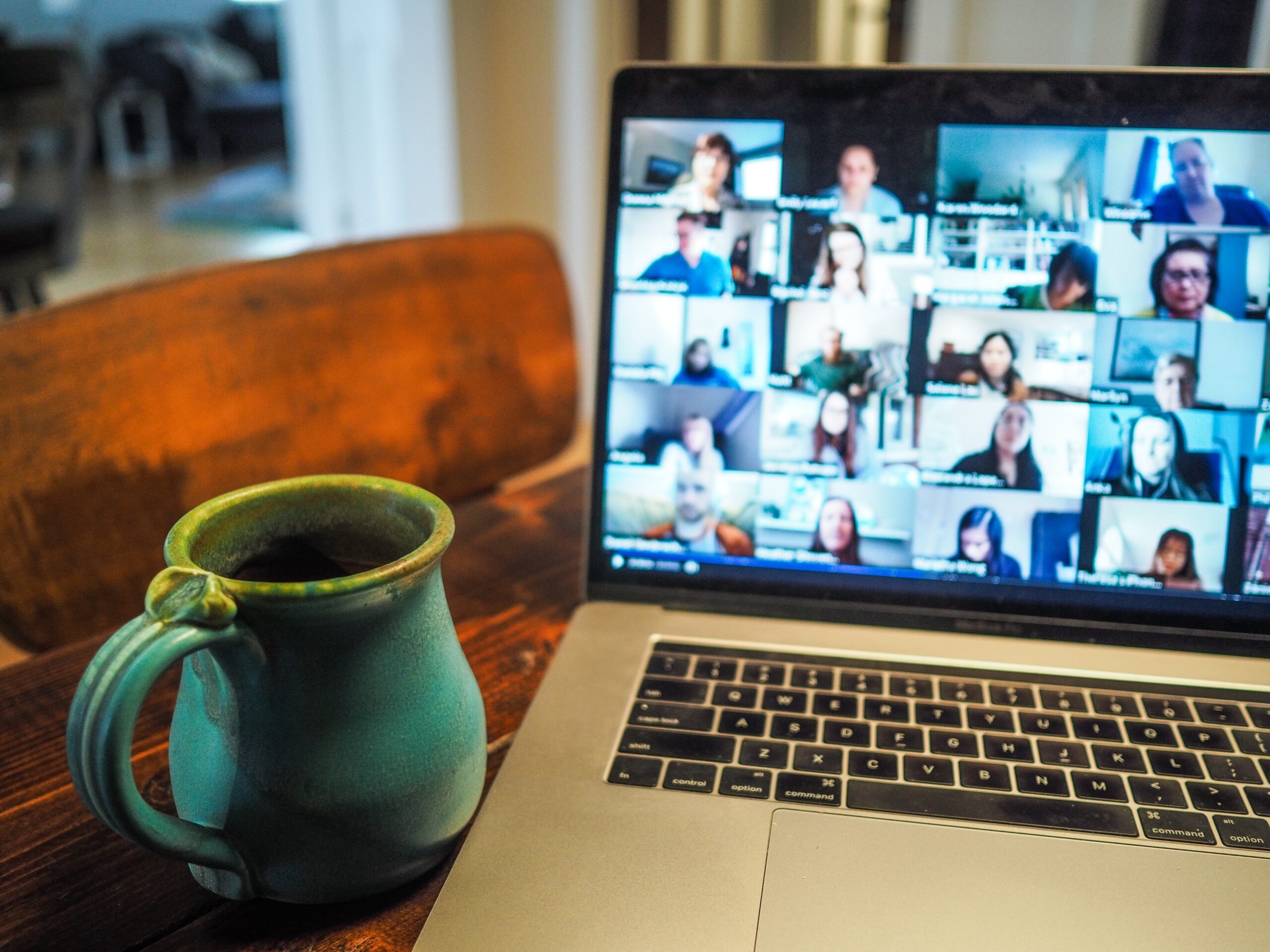 What do faculty need for their STEM teacher recruitment efforts?